I was going to Islamic Museum but I got on a cab drove by an Indian.
The Indian driver convinced me not go to a Hindu temple instead
of Islamic Museum.  The driver told me that the Hindu temple
is just nearby and only five minutes by drive; I agreed.  I
made wrong decision.

He drove on the freeway, took almost 20 minutes and there was no
exit yet.  The digits on the meter are keeping jumping and
I was angry.  Eventually, we reach the Batu Cave.  The
cab fee is 54 Ringgits, it was ok.  The driver told me that
he will pause the meter and wait for me.  I made wrong decision
again.

The cave and temple is at the mountainside.   I had to
walk the steps to the upper building.  There are 277 steps
around 200 meters high, almost vertical.  I climbed to the
cave, the cave is closed.  There also some temple building
around, I prayed there and one monk put some powder on my forehead.
I was also allowed walk into another dark cave, but the ground was
too slide and I dared not go further.

I walked around, watched one pray ceremonial and bought sari for
Sam.  The driver was still waiting there and the meter was
still 54 Ringgits.  Everything looked ok.  The problem
was that once the cab started again, the meter increased fast.
It quickly jumped to 175 Ringgits when we arrived at my hotel.
That means the return fee was more than twice than going.
Even worse, the driver said he would wait for me by free, but that
meant no more than half hour.  He was going to charge me the
extra waiting time.  NO WAY!  I paid him 160 Ringgits
total after bargain.

This is the first Hindu temple I saw in my life.  Batu Cave
is really beautiful and interesting.  If without the story
of the driver, I will be much happier. 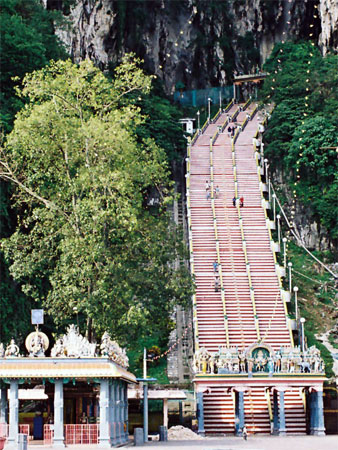 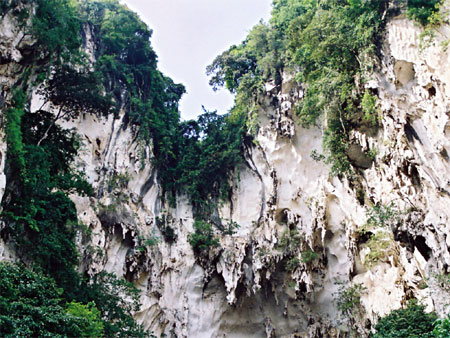 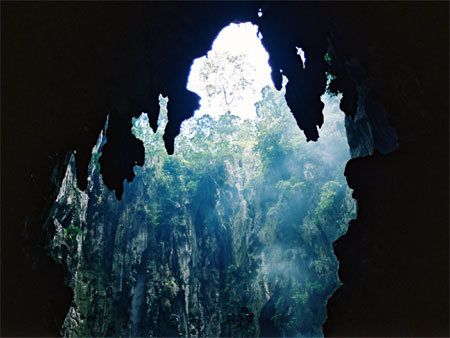 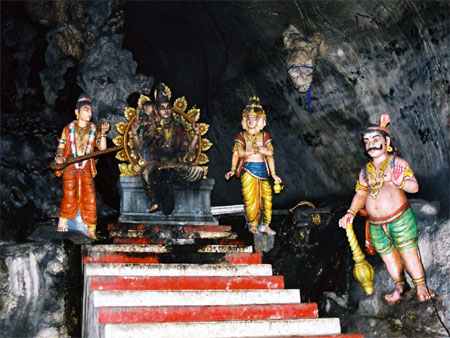